Rafael Benoit (Xavier) is excited to be part of such a wonderful and fun show! He has recently received his MFA at Columbia University and is blessed to be working with such wonderful individuals! He gives thanks to God, his parents, and his wonderful girlfriend Coco. 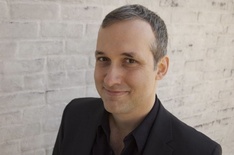 MICHAEL CRISCUOLO (Justin) FringeNYC credits: Willy Nilly (Piper McKenzie Prods.). Off-Broadway: Laws of Motion (P.S. 122), Tartuffe (u/s, The Pearl), No Applause, Just Throw Money (Theater for the New City), 365 Days/365 Plays (The Public). Indie Theater: The Ninja Cherry Orchard, Q & A: The Perception of Dawn, Babylon Babylon (The Brick), The Blood Brothers Present: The Master of Horror (Nosedive Prods.), 3800 Elizabeth (The Welding Club), FOX(y) Friends (Sponsored By Nobody). Regional: Seven Devils Playwrights Conference, Shakespeare Theatre of New Jersey, Opera House Theatre Company. Film & TV: Sweet and Lowdown, The Horror Story, Terror on Highway 91, A Stoning in Fulham County. In 2008, Michael was honored as one of nytheatre.com’s People of the Year. He is a Master Mason of The Brick Theater, and sits on the Board of Directors for The New York Theatre Experience. 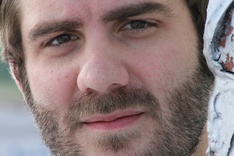 DAVID J. GOLDBERG (Shlomi) is a New York based actor and a graduate of Emerson College. He recently completed his first national tour with Theatreworks USA as John Davis in The Color of Justice. Other recent NYC stage credits include Population:8 (NYC Fringe);Romeo & Juliet (Wings Theater); Dubstep Hamlet (Webster Hall); The Average Sized Mermaid (NYC Fringe), Pangs of the Messiah (The LABA Theater at The 14th St. Y); and Underground (The Wild Project). He is a proud member of Actor's Equity Association. He is grateful. 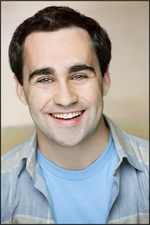 ADAM LEBOWITZ-LOCKARD (Art) Adam is thrilled to be working on Decompression with such a fantastic team! In New York, Adam has been seen at Primary Stages/59E59 (Verano Place and #OMPF), Soho Playhouse (The Maltinsky Cycle), and at The Flea Theater (#serials@theflea) where he is a member of the Bats non-equity company. Regionally, Adam has appeared at the McCarter Theater (Youth Ink! Festival), American Repertory Theater (Fornicated From the Beatles), Williamstown Theater Festival (Christmas Present), and the Montgomery Theater in Philadelphia (Jacob and Jack). Check out his sketch comedy group Desperate Times at http://www.desperatetimescomedy.com or http://www.adamlebowitzlockard.com

VICTORIA ANNE MILLER (Elena) is a New York City based actress. She graduated from Marymount Manhattan College and holds a Bachelor's degree in both Theater and Psychology. Victoria has worked with a plethora of Indie Theater Companies including (re):directions Theater Company, DMTheatrics, Public Acts of Decency, Gemini Collisionworks, and FullStop Collective. Most recent roles include: Celebrity Dating Site: Futuremate Host-  Cammie Roberts (Winner of StoryHack: Beta at Lincoln Center Film), Principal in a promo for Kars4Kids, a supermodel in the Sci-Fi Indie Short "Mating Dome" which recently played in the NYLA Film Festival, and Blanche Lake in Bunny Lake Is Missing. Currently in "The Works" a sketch comedy show by Van Corona. She is elated to be a part of this production and to be making her NY Fringe Debut! www.victoriaannemiller.com

ELIZABETH NAGLE (Katie)  is an actress, singer, and comedian living in New York City. She has appeared in various sketches on Saturday Night Live and has recently wrapped up a second season performing in Das Rheingold at the Metropolitan Opera.  Elizabeth studies long form improvisation, musical improvisation, and sketch writing at the Upright Citizens Brigade and The Magnet Theatre. She can be seen performing duo improv on the indie team Murnagle.  She is a proud member of  Actors’ Equity Association.  Elizabeth is thrilled to play Katie in Decompression and is excited for her NY Fringe Festival Debut!

DERRICK PETERSON (Mark) most recently made a complete fool of himself in the Muppet Movie Sing-A-Long at the Museum of the Moving Image in Queens.  He has enjoyed playing roles such as Mitch in A Streetcar Named Desire and Renfield in Dracula at Seaside Music Theater in Florida, as well as Marc Antony in Julius Caesar with Shakespeare in the Parking Lot here in Manhattan. He spent 3 years creating various lunatics with the live sketch comedy group, The Perch, in North Carolina and was also a lead vocalist for the country duet cover band, Pigeon Forge. Derrick is having a good time.

PHOEBE SILVA (Miss Asphalt-Popcorn) is psyched to be here! Regional credits: Winesburg, Ohio (Arden Theatre Company), The Irish...and How They Got That Way (Walnut Street Theatre), The Irish... (Kimmel Center, Phila.) NYC: The LaChiusa Project at the Laurie Beechman Theater; with Untitled Theater Co. #61: Cat's Cradle, The Pig (Ice Factory at 3LD), Doctors Jane and Alexander. BFA in Musical Theater from the University of the Arts. AEA member. Phoebe trains regularly with SITI Company and is also a violinist and yoga teacher. 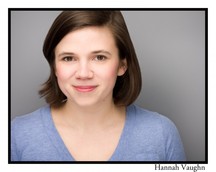 HANNAH VAUGHN (Amanda) is a native of Richmond, VA. She received a BA in Acting from Christopher Newport University and in New York has studied with Gabrielle Maisels, Caymichael Patten and at The Barrow Group. She has worked on several plays, short films, and industrials. She is the co-creator and lead of the hit web series, Dates Like This. She is thrilled to be a part of Decompression and is also proud to be producing another FringeNYC show, June and Nancy. Hannahvaughn.com