MAGGIE CINO (writer) is a Senior Producer, story coach, and director for the Peabody and MACEI award-winning organization, The Moth.  Her one woman play, Ascending Bodily, is published by the New York Theater Experience, and her contribution to Piper McKenzie’s Dainty Cadaver project This Is a Brick is published in the Midway Journal.    She has co-created and performed material for numerous productions, including No Applause, Just Throw Money:  The Show That Made Vaudeville Famous (Theater For the New City, NYC) Moliere’s Monster (Ohio Theater, NYC) and Tramp!:  A Clown Show (Nationwide Tour).  Very selected stage acting credits include Faith, Hope and Charity (The Public Theater, NYC), Brandywine Distillery Fire (Incubator Arts Project), The Dorothy Building (Here Arts Center, NYC) and Word to No One (Camden People’s Theater, London). Professional voice over credits include narration for educational sex ed videos and voices for Todd Solondz’s Life During Wartime. She is a graduate of the Dell Arte International School of Physical Theater.

PATRICE MILLER (director) The Moose That Roared (The Brick, Director), References to Salvador Dali Make Me Hot (Gene Frankel, Director), Ripped: The Musical (Piper McKenzie/The Brick, Director, Choreographer), Bunny Lake is Missing (The Brick, Co-Director), The Bubble of Solace (Piper McKenzie/The Brick, Asst. Dir.), The Pig or Vaclav Havel's Hunt for the Pig (UTC61/3LD, Choreographer), Pangs of the Messiah (UTC61, Asst Dir.) .  Her choreography ranges from fashion-collaborative pieces for NYC Fashion Week to The Newspaper Suite, a public dance which toured NYC parks and streets. Patrice has danced for Urban Bush Women's Place Matters: A Look at Displacement and for Martha Bowers in Angels and Accordions. She is resident choreographer and sits on the board of Untitled Theater Company #61. Also resident teaching artist in NYC public schools, Patrice works with students ages 4-18 in art residencies that integrate academic curriculum. Patrice was recently named the Director of Development for The Brick in Williamsburg.

JESSICA EMERSON (set designer)  is excited to again be working with director Patrice Miller, as well as the rest of the fun, collaborative team of Decompression.   This year, she will start her final year of graduate school at Carnegie Mellon University in the Scenic Design program.  Jessica has designed sets for the University of New Haven’s KCACTF nominated Two Rooms, CMU’s joint production of Suor Angelica and Mahagonny Songspiel, and (New York’s) References to Salvador Dali Make Me Hot and The Moose That Roared.  Currently, Jessica is working on the design for Carnegie Mellon University’s production of William Shakespeare’s Romeo and Juliet directed by Don Wadsworth.  In her spare time, she enjoys nature, hanging with her kitty Freya, and watching obscure, offbeat movies.

CANDACE LAWRENCE (costume designer) graduated from the University of Louisville with a degree in Theater Arts: Costume Design. She has been designing and performing all over the country ever since. She is currently pursing her Masters in Theatre at Hunter College and she is a proud member of The Indicators Comedy Troupe. 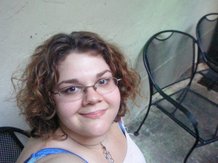 Amanda Woodward (Light Designer) Amanda has been sharing what knowledge and skills she has in technical theater with students in Orlando since 2005 for Boone HIgh School, she is excited to return this fall to train the Tech Liasions and this spring to LD "Legally Blonde" for the HS. Recent professional credits include (LD) Happily After Tonight, The Barrow Theater; (PSM/ LD) A Hans Project, West End Theater with Austin Pendleton and Andre de Shields; (LD) Bunny Lake is Missing, The Brick Theater;  (TD) Venue Manager: Midtown International Theater Festival; (PSM/LD) An Appalachian Tour with Baxter Black. This fall she will PSM for Norwegian Cruise Lines N. Spirit ship, as well as return to Nick Studio Resorts in Orlando to PSM "Let it Snow". Thanks to TBW, GDS, and Happy BD to my mommy. This one's for you daddy. www.amandawoodward.weebly.com 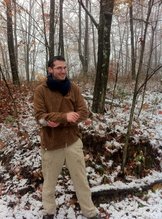 CHRIS CHAPPELL (sound designer) Chris Chappell writes, produces, and creates music and sound for independent theater. Current and recent design work includes the Fringe 2012 show June and Nancy as well as You Blew It! (Piper McKenzie), The Moose That Roared (Tux & Tom), Bunny Lake Is Missing (Ken Simon), and BrainExplode! (Sneaky Snake) He is the co-founder, with Richard Lovejoy, of Sneaky Snake Productions, which has approximately 17 different projects percolating at the moment. 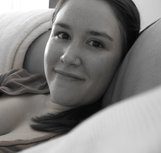 NIKKI CASTLE (stage manager) graduated from CU Boulder with a BA in Theatre 2009 before moving east to New York City. She has been working as a stage manager for six years, her previous credits include Sovereign (The Secret Theater, LIC), Ha! Ha! (Shetler Studios), and Have Mercy (Manhattan Theatre Source). 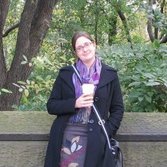 CORINNE WOODS (assistant director)  is the Production Manager for the All For One Theater Festival. She is currently completing her MA in Human Rights and Theatre at NYU. AD: The Moose That Roared (The Brick). SM: Romeo and Juliet (Snorks and Pin), From the Mixed Up Files... (ArtsPower), Tea for 3 (LPAC), Laramie Project (4th Universalist),All For One Theater Festival, Love's Labour's Lost (Snorks and Pins), B*tch (Dream Up Festival).